Champions For Learning is honored to announce this year’s Champions for learning as well as the Heart of the Apple Recipient. These are individuals who have helped change the lives of Collier County students. Congratulations to this amazing group of community leaders!

Heart of the Apple Recipient: 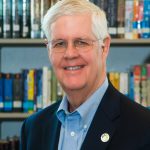 Gary has been a volunteer since 2012, beginning with the Golden Gate High School Pilot project. He has mentored 5 Champions For Learning students. He has been a Board member, an Ambassador, a selection committee volunteer, a financial aid coach, and an event volunteer. Gary was instrumental in bringing the IncubatorEDU Entrepreneurship program to Collier County Public Schools, which prepares students to be creative and resilient problem solvers and critical thinkers. This program has

grown exponentially under Gary’s guidance over the past several years, this year expanding to all CCPS Elementary Schools. 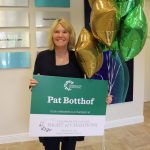 Pat Botthof
Pat has been a volunteer since early 2017, first serving as an event volunteer for Night of Champions. Since then, she has fulfilled several volunteer roles, including mentoring and serving on the ambassador council to support outreach and retention efforts. 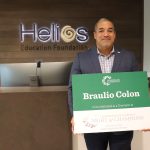 Braulio Colón
As Vice President of Florida Student Success Initiatives, Braulio has facilitated a partnership with Champions For Learning to further improve college-prep and completion rates for limited-income, first-generation and underrepresented students in SWFL. 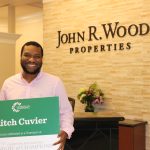 Ritch Cuvier
Ritch is a graduate from Champions For Learning / Take Stock in Children 11th grade Program. He currently works in IT for John R. Wood Properties. Ritch has been an active alumni volunteer, participating in networking opportunities and sharing his experience as a Champions For Learning graduate. 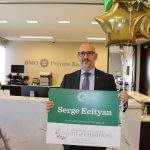 Serge Ecityan
Serge is on the board for Champions For Learning, and is actively involved in the Champions Advisory Council, Planned Giving Committee, Take Stock in Children Selection Committee, and the Classroom Grant Selection Committee. He is a Chartered Financial Analyst with BMO Wealth Management, which has sponsored Champions’ graduation event, Countdown to Cap & Gown, for the past 6 years. 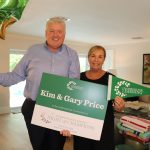 Kim & Gary Price
Kim and Gary have supported Champions For Learning over the years in a number of ways; Gary has Chaired the Night of Champions, served on the Professional Advisors Network and Golden Apple Selection Committee, and both Kim and Gary’s businesses have been donors and event sponsors. 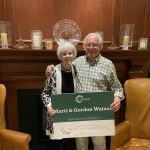 Marti & Gordon Watson
Marti and Gordon have been involved with Champions For Learning and the Take Stock program in the roles of mentor, selection committee members and donors since they came to Naples over 20 years ago. Gordon & Marti helped to build the relationship with FSW that lead to the TSIC 11th grade pilot.

These individuals will be honored at Champions For Learning’s signature event, Night of Champions on Saturday, February 25, 2023.