“Education is important. Children are our future. They’re the ones who will be running our country,” says Mike Adams Sr., founder of Adams Foods Inc., which  is a family owned company that operates 19 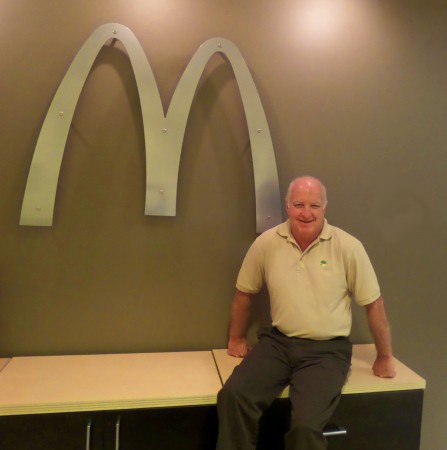 Since the opening of the first McDonald’s in Naples, back in 1973, Adams Food Inc. has supported local schools.

“We’ve always been involved and interested in education. We even had the Naples High band at the grand opening of our first restaurant!” says Mike.

This was the beginning of the company’s contribution to education. They have developed programs to help students succeed. Some of these programs include McTeacher Nights, which is offered to schools by McDonald’s Restaurants as a chance to bring students, parents, and teachers together for a night of fundraising. At the end of the event, McDonald’s donates up to 25% of the proceeds from the meals sold to the school.

“McTeacher Night is our way of creating a comfortable environment for the parents and teachers to get to know one another,” says Mike.

The company also promotes leadership opportunities.  Employees can come in as crew members and with the help of training, they can work their way up to managing/owning a McDonald’s restaurant. Christina and MJ, Mike’s daughter and son, are examples of these opportunities.

“Both Christina and MJ started out as crew members,” says Mike, “Christina just finished the Next-Generation training program and I actually have a Bachelor’s degree in Hambugerology from Hamburger University.”

“It is so important for young people to have community involvement,” says Susan McManus, President of Champions For Learning, “by partnering with Adams Food Inc. and McDonald’s Restaurants, we are increasing awareness of the needs of teachers and students. We’d like to thank McDonald’s for everything they have done to help support Champions For Learning and local education.”