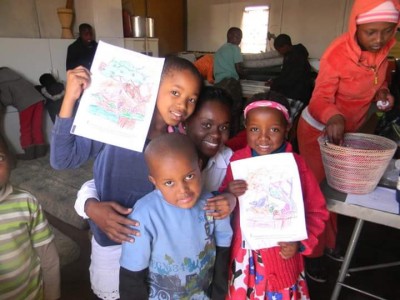 As a child of Haitian immigrants, China dreamed of one day receiving a degree and making her parents proud. As a first generation student, China faced many hardships.

China did not allow these obstacles to deter her. With the help of Champions For Learning and her mentor, China was able to earn a degree in Community Health from Florida Gulf Coast University. China currently works with the Healthcare Network of Southwest Florida where she educates the community about living a healthy lifestyle. She is also being honored as a Champion at our Night of Champions event on February 10, 2016 at the Naples Grande.

During her time at FGCU, China served as the Civic Engagement Coordinator in Student Government where she provided alternative spring break to FGCU students. She also shared her love for the medical field by establishing the Student National Medical Association (MAPS) FGCU chapter. In this organization, China led members in community service projects and became a support system for her peers who sought to be accepted into medical school. Upon her graduation, China received the excellence in Civic Engagement Award for her continued dedication to community service.

She has also become a student ambassador for Champions For Learning and encourages community members to become involved mentors.

China’s impact has not only reached the Southwest Florida community, but also has reached those in other countries. As a sophomore in college, China participated in a medical mission trip to South Africa, where she served food, provided health screenings, and spoke to students about living a healthy lifestyle.

Ultimately, China would like to become a doctor and open her own community health clinic.

“This program has inspired me to not only give back to my community, but has pushed me to try to make a difference in other countries,” says China. “I want to help other students fulfill their dreams like Champions For Learning helped me.”

Your ticket for the: Featured Champion: China Pierrelus